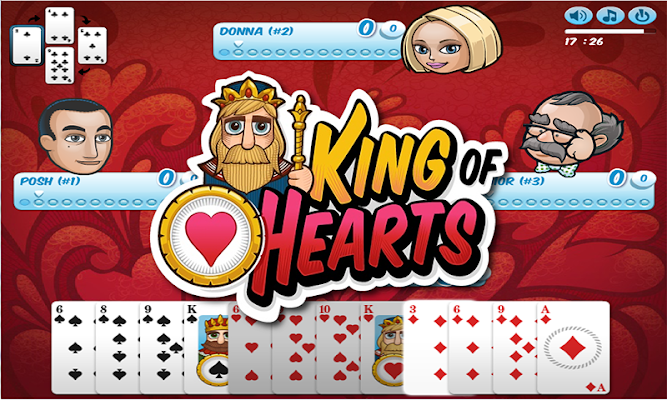 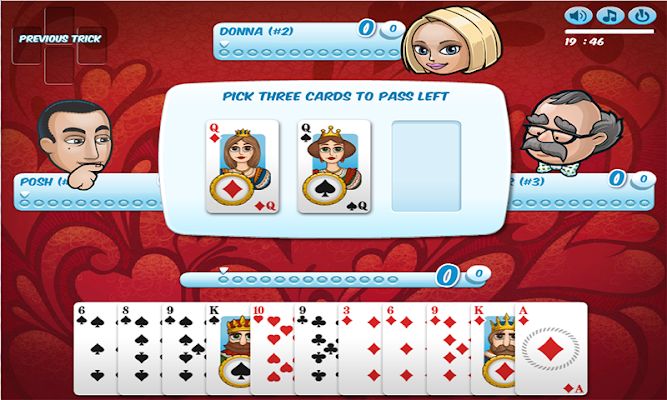 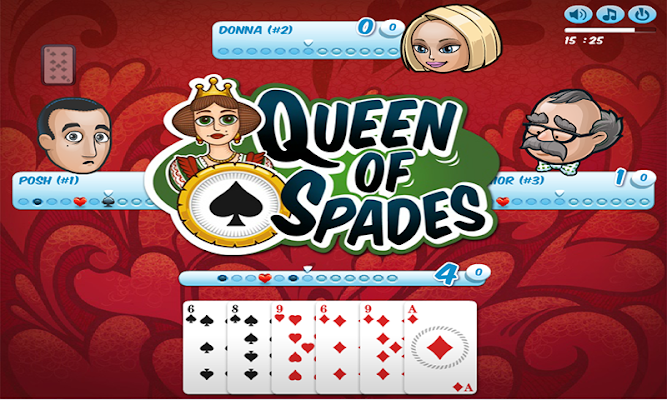 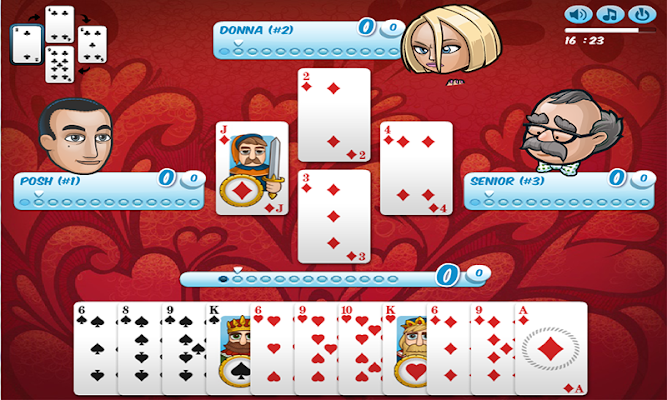 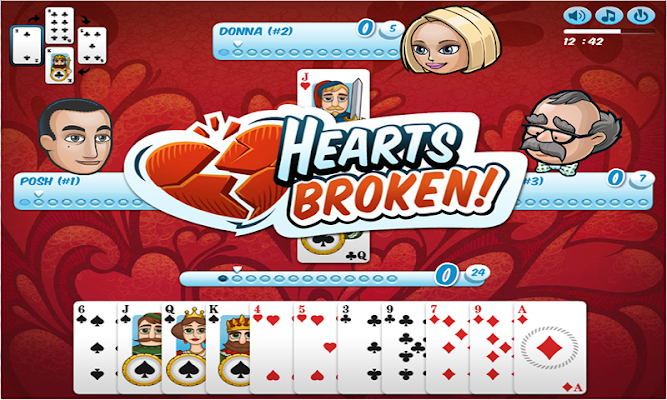 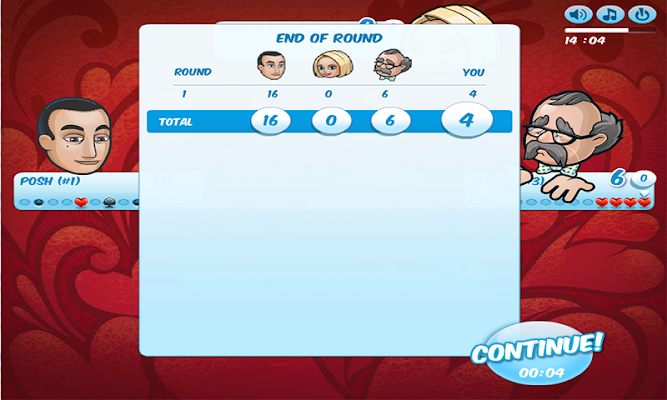 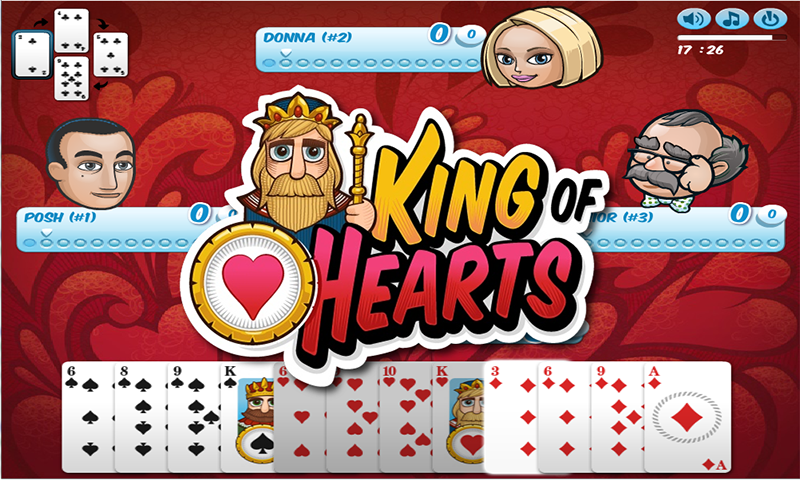 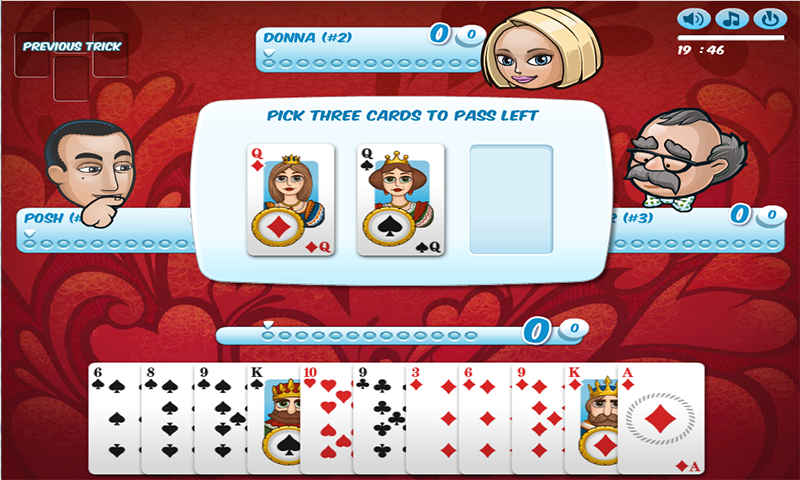 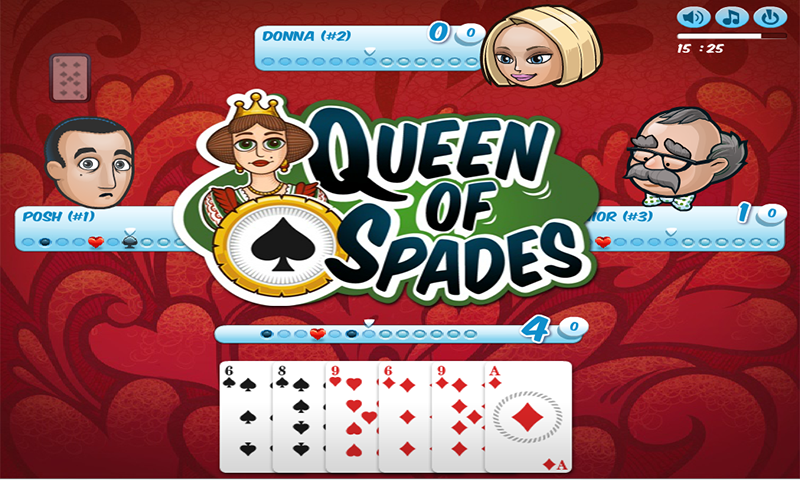 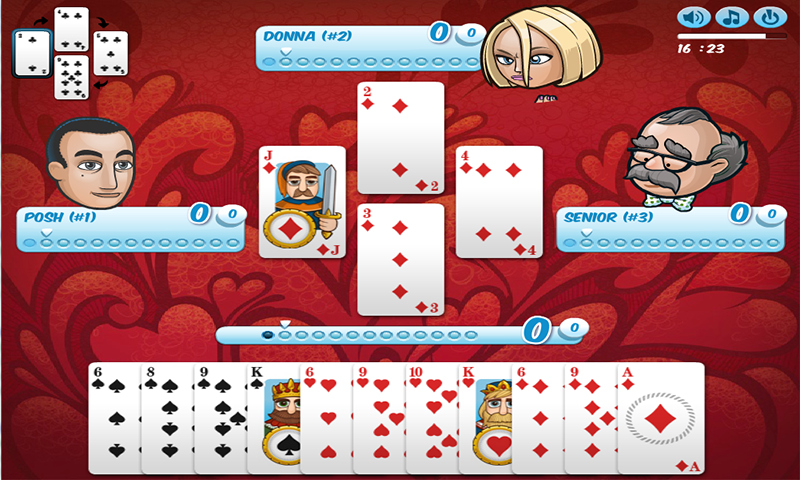 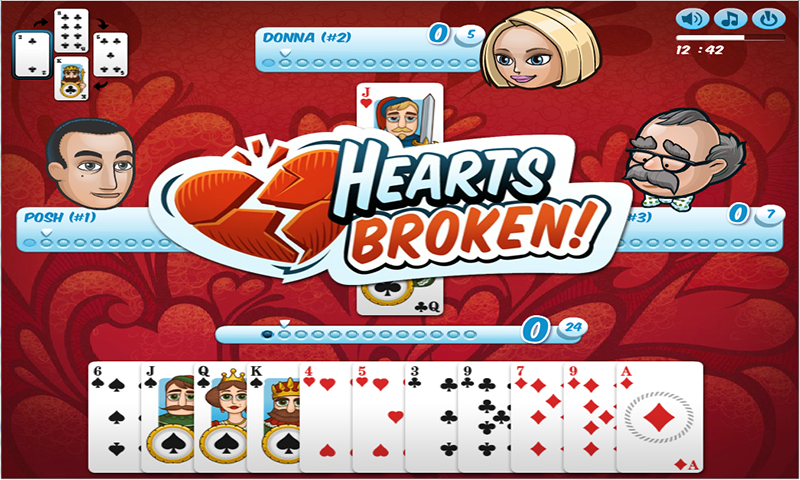 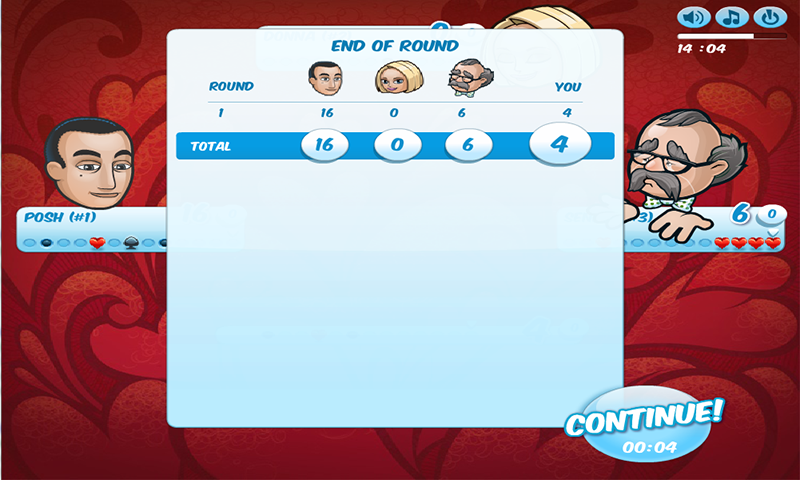 King of Hearts. Who hasn't played it during their childhood. We sure have. So go on! Call your grandma and grab your grandpa. It's time to play good old fashioned game of King of Hearts.
King of Hearts is similar to the version some of you might know from Windows like the popular game spider solitaire. In this card game we compete with 3 computer opponents. Our goal is to collect as less points as possible. We get penalty points when we lose one round. In each round every player has to set one card to the middle. The one with the highest number gets all cards. Every hearts card is 1 penalty point and the queen of spades is 13. So avoid to get those cards.

The cards are given, each has in hand what he has. Challenged three other players and become the King of Hearts!
In this fantastic version of the classic Hearts game that we can play in casino. The player who has the two of clubs, exchanged three cards with the player who is on your left and then start playing. Discarded papers responding to the color, the player who will collect the discarded paper from the higher value. Avoid the queen of spades and hearts cards!
Wins the game who gets the lowest score.
The King's best card players have challenged you to a game of Hearts. Will you be able to beat them and rule the realm of this great card casino game.

- Select which cards to send to your opponent. It's good to get rid of a single color if possible.
- Keep track of the Queen of Spades. It is by far the most dangerous card in the deck.
- If you have a lot of high cards, maybe you can go for the moon and try to get all hearts and the Queen of Spades. 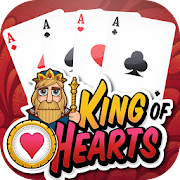