Aikido is a Japanese martial art developed by Morihei Ueshiba (often referred to by his title 'O Sensei' or 'Great Teacher').

The name Aikido is composed of three Japanese words: ai, meaning harmony; ki, spirit or energy; and do, the path, system or way.

Aikido is the way of the spirit of harmony. Martial arts are studied for self-defense and self-improvement but Aikido is different from other martial arts in that practitioners seek to defend themselves without causing injury to their attackers.

Aikido focuses not on punching or kicking opponents, but rather on using their own energy to gain control of them or to throw them away from you. It is not a static art, but places great emphasis on motion and the dynamics of movement.
Why Do Aikido?

The practice of AIKIDO is characterized by a clear extension of power, resulting in fluid, functional movements. Most people, even athletes, find that AIKIDO is helpful in developing their coordination and reflexes. Most important, AIKIDO can teach one how to deal with the stresses of daily living and acquire a general sense of well-being. The ultimate goal in AIKIDO is for the individual to develop mental, physical, and spiritual integration.

Who Can Do Aikido?

Anyone can practice AIKIDO. Almost any age person, from children to grandparents, can perform AIKIDO techniques. Each person trains within their own abilities. In AIKIDO, we learn to enhance our strengths and minimize our weaknesses.

A guiding principle of Aikido is that martial and personal development is best achieved through cooperative practice, with partners helping each other to safely learn techniques. O'Sensei said that, "Aikido is medicine for a sick world," and for us it is a path to refining the body (balance, flexibility and coordination), mind (self-confidence, concentration and awareness) and spirit (centering, positivity and peace).

AIKIDO is non-competitive, taught in a cooperative manner, good exercise, and fun! 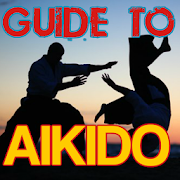