This is the best first person sniper shooter action oriented shooting game. Be ready for this action and thrilling game. Do you want to become the best Sniper of this century? “Boss Sniper Fury” FPS is the only one you need to play shooting game. You are going to shoot down dangerous mafia bosses as an elite killer, ready for a real crime simulator war game. Easy controls, advanced physics engine and massive amount of different risky sniping missions makes this game most crime fun game.
Your duty is to ambush the gangsters. You are a special agent hired by the government official agency. You have specialized in finding out and eliminate secret mafia leaders and bosses, drug dealer’s high profile murderers, and strong terrorist groups in the country. The task is a good set up to deal with each of their people are cruel way. Your training will only bring death and destruction to stop terrorist groups in the world. A helicopter is also available and there one call helicopter comes to rescue them. Their attacks are furious and creates a panic situation. Glare sniper hunt and kill. Aim and kill your target carefully without killing the innocent civilians.
There are a lot of shooters you must be careful. Use the best tactic to hit the tanks or Humvee in your way. Each Mission has unique and challenging in different scenario but your main focus is to kill the target without failing the level. The bosses and murderers hidden in different buildings find out them and gun down the boss before he escapes in helicopter. Shoot down the criminals of the city, masterminds behind terrorism and prove yourself as the real sniper of the century. You have learn how to survive between these underworlds furious criminals.
This game is for all adults, and teenagers totally free game.
Features:
• Most addictive shooting
• Multiple targets!
• Amazing Game play
• Action packed missions
• Efficient controls
• Different Rifles!
• Sniper scope views.
• Unique Scenarios
• Challenging Shooting Missions
• Amazing 3D Graphics
• Realistic weather effects
• Better targeting optimization control
• 100% free game.

How to Play:
1. Touch and hold screen to move snipers position up, down, left, right.
2. Touch sniper scoop for zoom in and zoom out screen to aim the animals.
3. Enemies attack on you when they see you.
4. Use your rifle or sniper gun to aim at target from a distance.
5. Touch fire button to shoot.
6. Guns reloaded automatically.

Compatibility:
Android 2.3 or later all Android phones and tablets run the game smoothly and ready for further improvement if required.
Your ratings and reviews are our motivation to make more enhancements in it.
Note:
This free game is supported by advertisement Ads within the App only as per Google Policy.
Like and Follow us for new updates on:
Facebook: https://www.facebook.com/asg.officalpage
Twitter: https://twitter.com/asg_offical 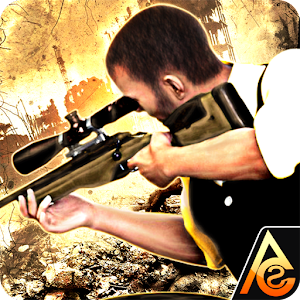