Mage Wars is a story-less, action packed, and adventurous character building game. A world where you strive to be the ultimate mage and imagination is the limit. A third person shooter where the only form of attacking is casting spells. There is a huge number of spells in game, each one suited for certain conditions (area damage, single high damage, diversions, stun etc).
Note: Currently, online battles are in beta, hence not available in public release, however, it is coming soon, upcoming update will also feature LAN play.
Included in gold edition
1 - Can play as Skeleton/zombie
2- No ads/advertisements/promotions (only credits exist as a formality)
3 - 1 starting spell unlock.
4 - 20% chance of unlocking a Legendary spell type instead of 3%
5 - 35% chance of unlocking a Rare spell type instead of 10%
6 - Joy pad /D-Pad customizations
7 - Cross hair customizations 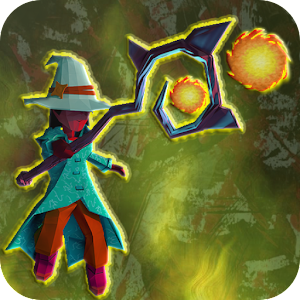